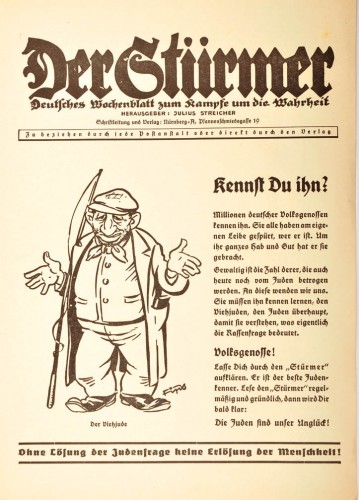 In 1934, Stürmer Verlag published a coloring book for children consisting of 24 line drawings of Jews (above & at right). The artist was Fips (Philipp Rupprecht), who specialized in antisemitic illustration.

Stürmer also published three storybooks for children in 1936, 1938, and 1940. The first two were colorfully illustrated: 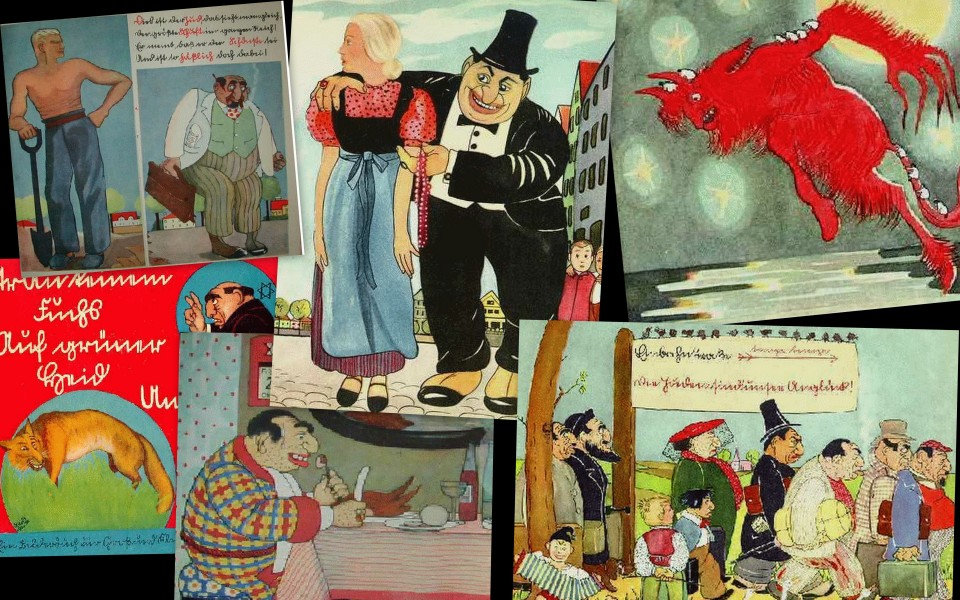 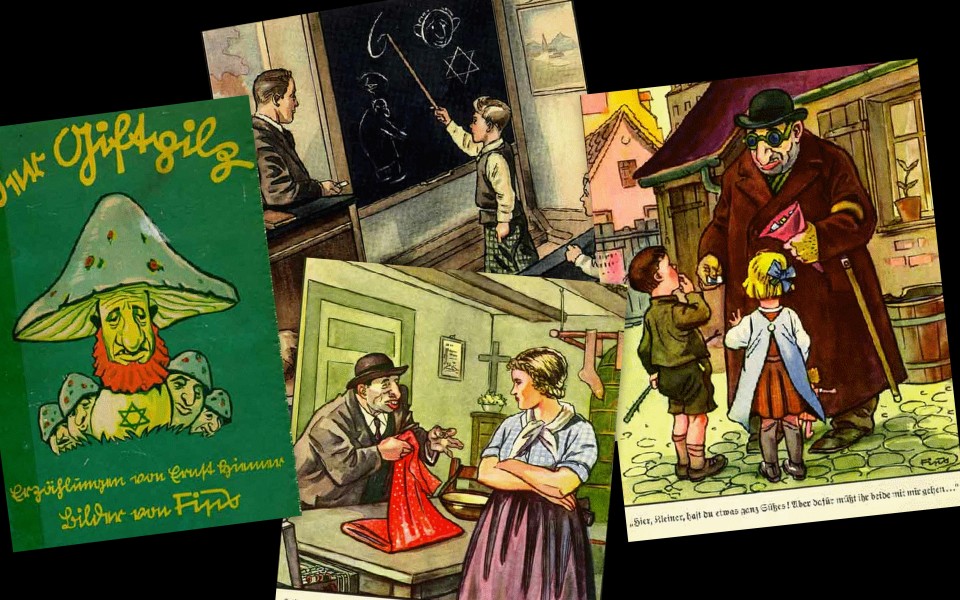 The third of Stürmer Verlag’s storybooks for young children was “The Mongrel” (1940). It is perhaps the most evil book ever written. Each of its eleven chapters is an individual story, in which Jews are compared to drones, hyenas, chameleons, coo-coos, locusts, bedbugs, starlings, mongrel dogs, poisonous snakes, tapeworms, and bacteria, respectively. Several stories end with a demand for their extermination. Finally, in an afterword, there is a  ‘call to the youth of the world’  to help annihilate

those Jews living outside of Germany and still beyond the Nazis’ grasp.

In Holland, the writer and politician Robert van Genechten re-wrote the ‘Reynard the Fox’ fable to feature an evil Jew-Animal / rhinoceros, and published it as an illustrated children’s book in 1941. This book became the basis for an animated color film, the most ambitious project of the Dutch movie industry during the War. Although completed after great expense in 1943 and of superb technical quality, the film was never released. All copies were thought to have been lost until 2005; its first public screening took place at a cartoon festival in Utrecht in 2006. 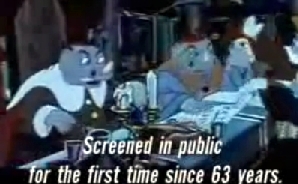 In 1943, the General Propaganda Department of the Netherlands (Public Information & Arts Division) distributed a twelve page illustrated story, written in verse, to children enrolled in Dutch primary schools. The adventures of Flash the Shepherd and Bull the Dog features a harried German shepherd dog, his nemesis the bulldog, and a group of malicious rats drawn as caricatures of Jews. click 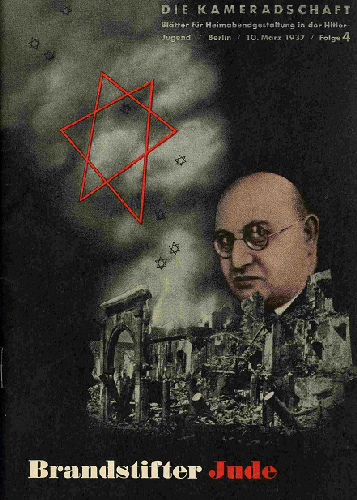 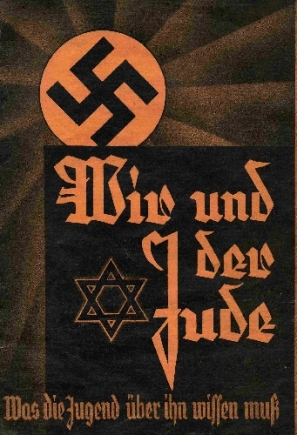 School in the Third Reich – Class reading material for the new German school – Every school needs these booklets!
(from ‘Wir und der Jude’)

New textbooks were introduced for every subject at every grade level. This was a high school history book (illustrated by Fips) covering the years 1918-33:

This brochure, also distributed in high schools, showed that current policies toward the Jews had long historical precedent (the photo is from 1939 Poland): 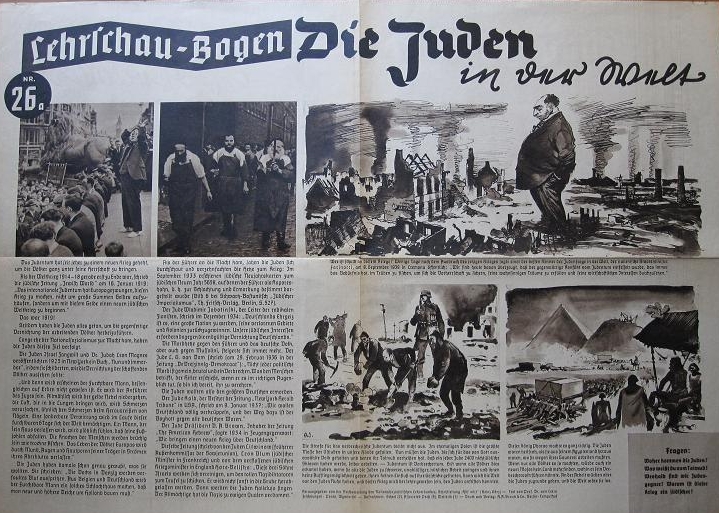