Once the War began, propaganda was directed at German soldiers, especially those fighting on the Eastern front.  This poster is from October 1941, just three and a half months after the invasion of Russia began.  It begins with an attack on the Jews.  The booklet was distributed to the troops in 1944. 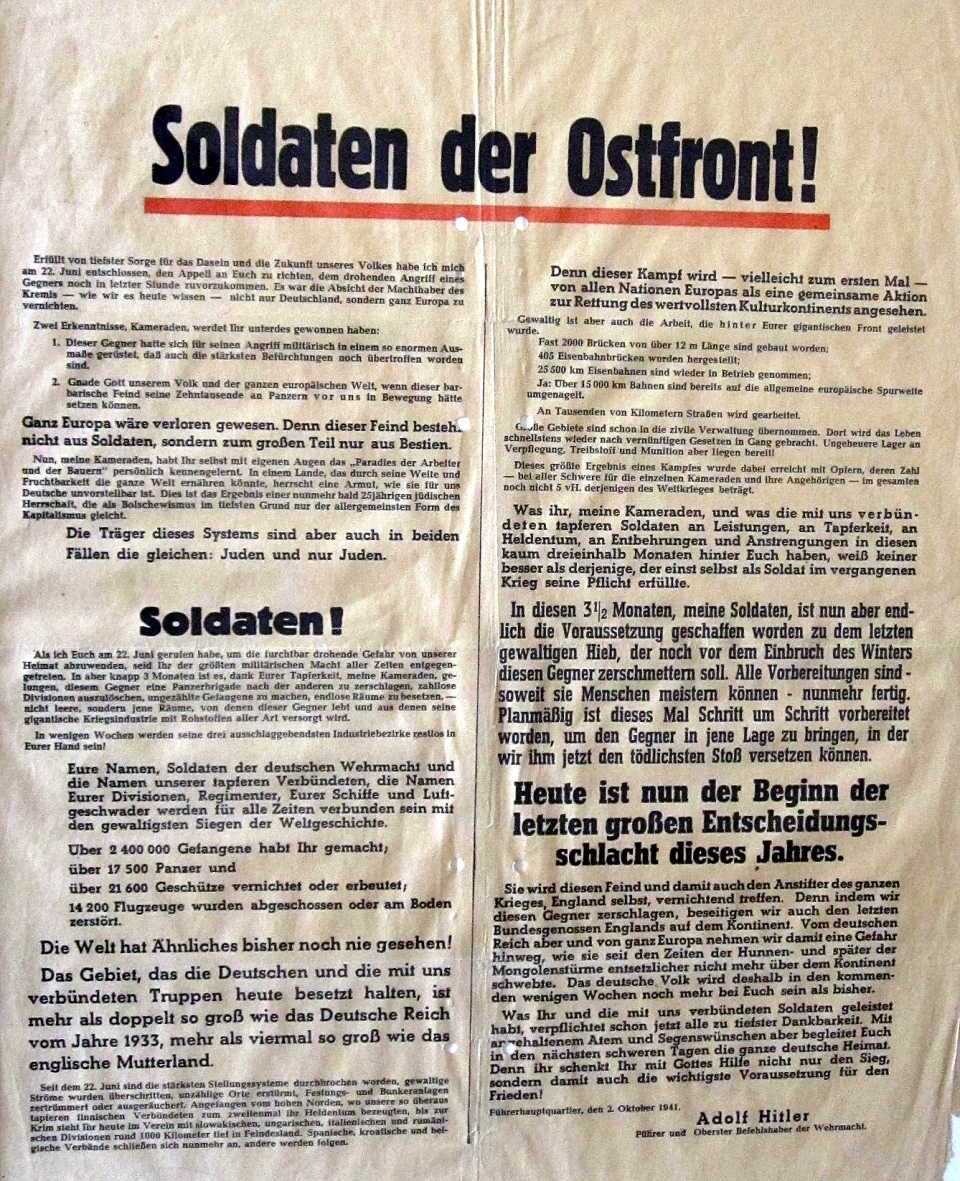 On the home front, publishers were instructed to pursue antisemitic themes and otherwise insure that every article in their publications was written with an anti-Jewish slant. A remarkable summary of these guidelines, together with a detailed compendium of traditional and contemporary accusations against the Jews, was distributed to German magazine editors for their immediate use: 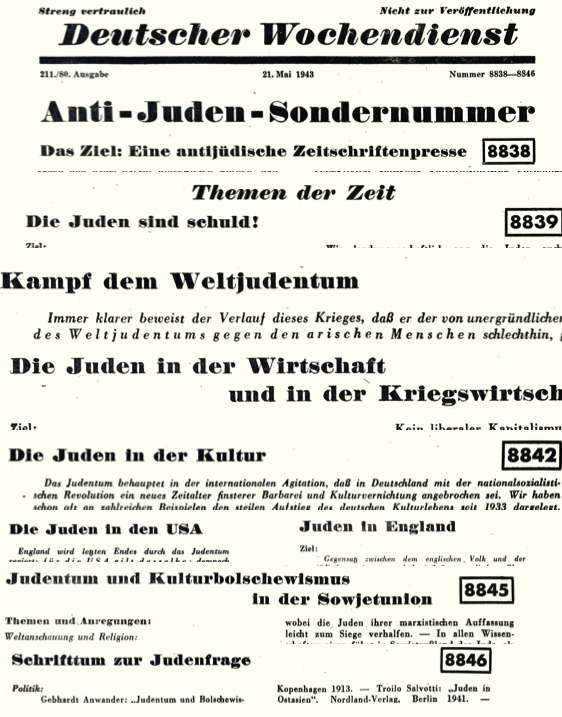 Propaganda was also aimed at the civilian populations of occupied Europe. 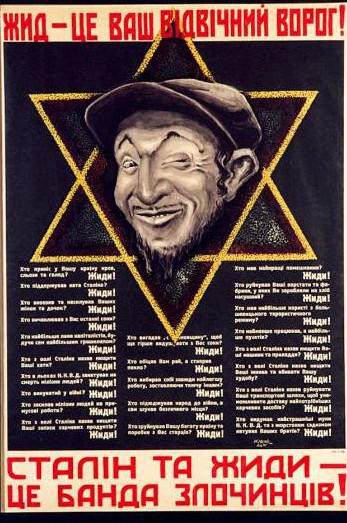 There were also Lithuanian and Estonian editions

The Jew – Your Eternal  Enemy

Stalin and the Jews – One Evil Gang! 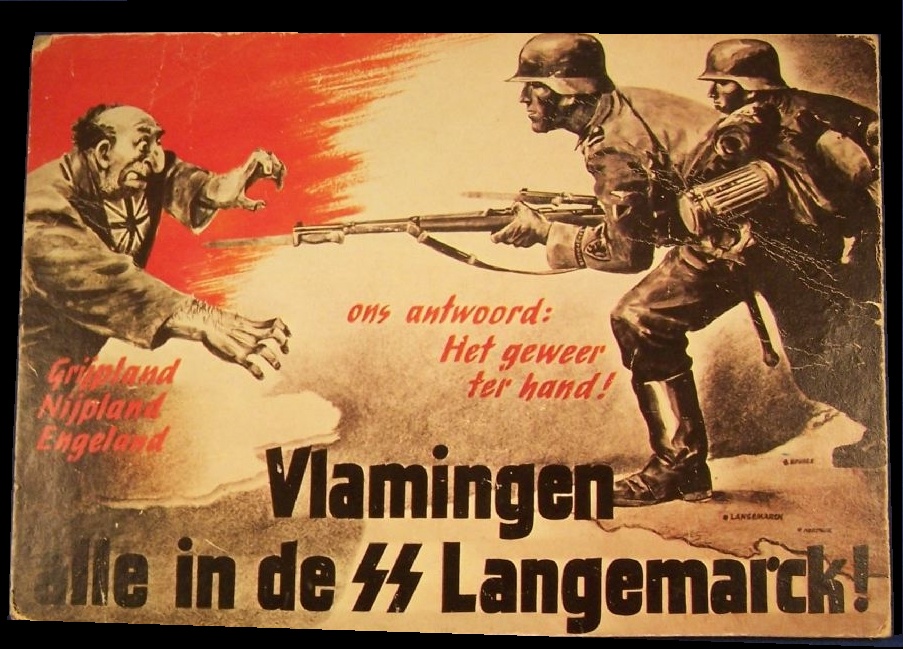 Allied landings in France and Italy were portrayed as Jewish invasions of Europe. 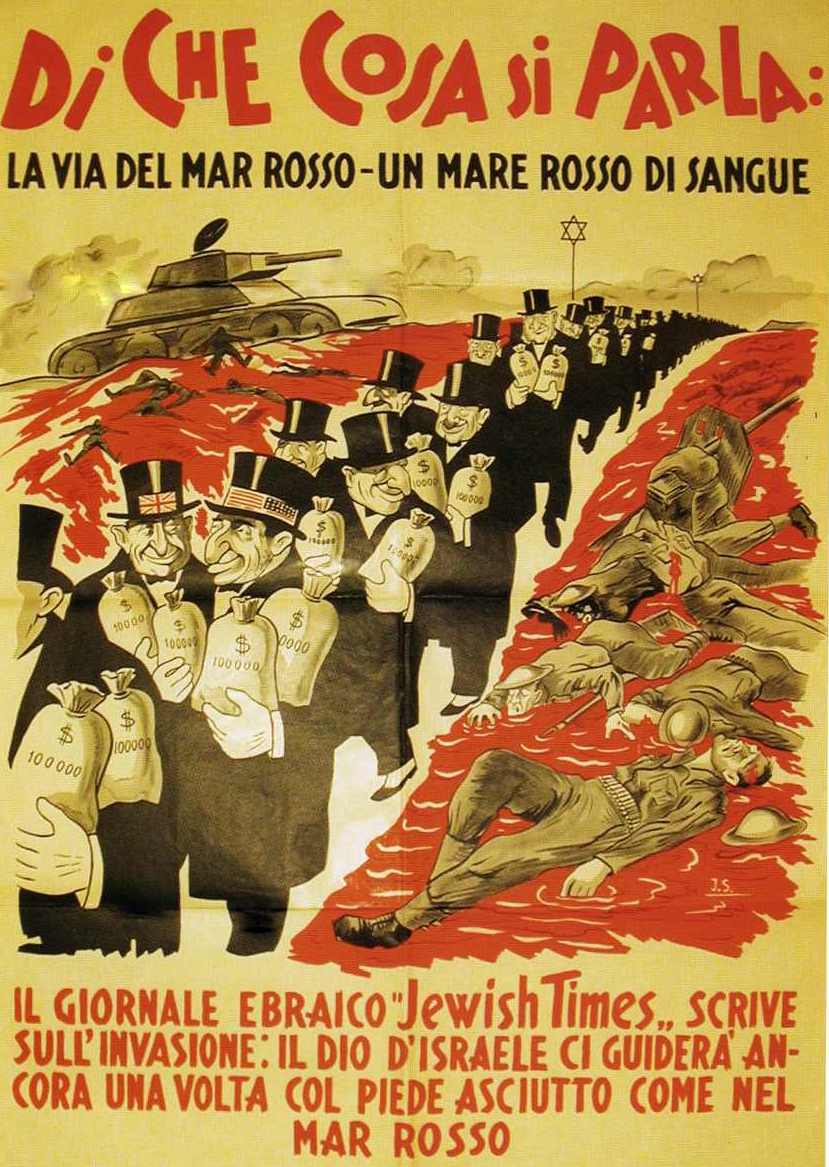 Propaganda leaflets were dropped on enemy troops by all sides. Some encouraged soldiers to surrender and doubled as safe-conduct passes:

Red Army Man! ……….Jews are the most dangerous and sneakiest of vermin, undermining the foundations of our world. You fight for them, sacrificing your well being, health, and life, so they can continue to dine in style and fill their pockets. Only when the last Jew is expelled from your homeland will there be peace. Beat the Jewish brats! Destroy this scourge of humanity and you will end this war! This is the only way you can achieve a better future for your country and happiness in your life.  This.leaflet.is.considered.a.safe-conduct.pass

Jews, like rats, devour the wealth of your nation!  ….Throw the Jews out of the country, the only way you’ll end this senseless war! 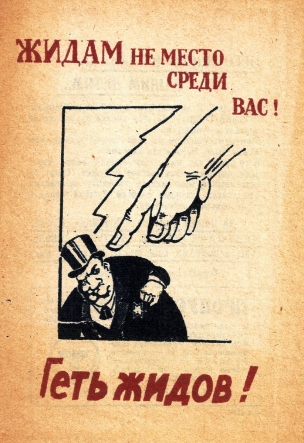 JEWS have no place among you!
Beat the Jews! 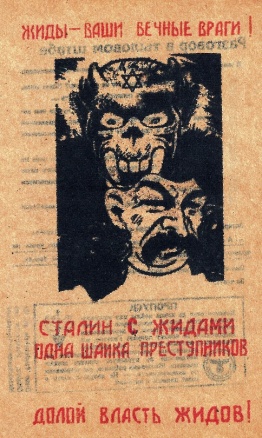 Jews – Your Eternal Enemies!
Stalin and the Jews
One Band of Criminals
Down with Jewish Power! 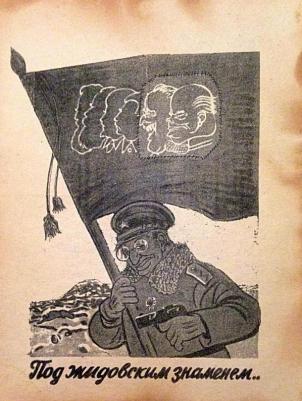 These were aimed at American GIs in Italy: 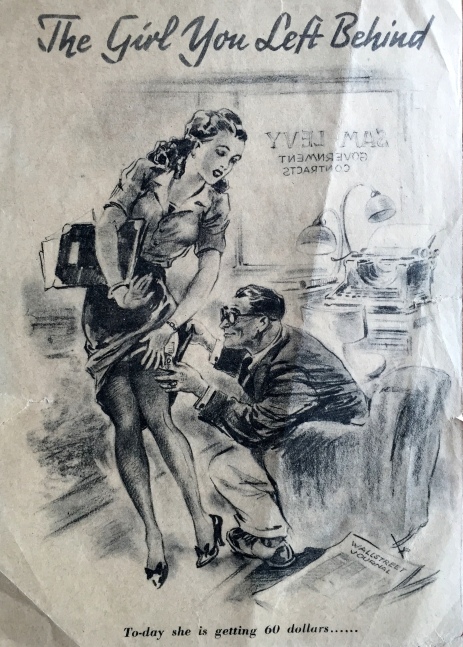 The refusal of England, Russia, and America to stop fighting was blamed on the undue influence of the Jews in those countries: 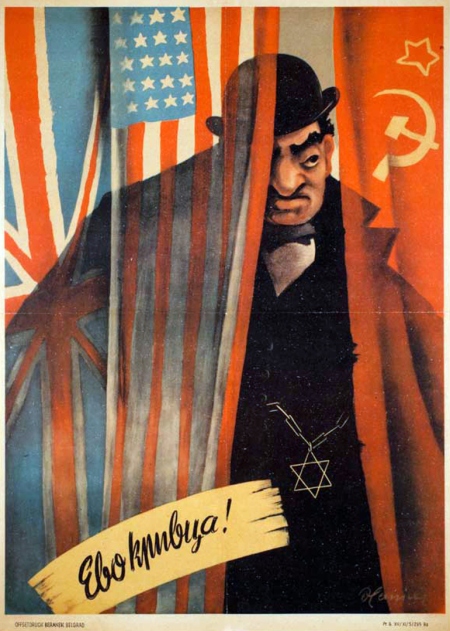 There was also a German edition. Artist was Bruno Hänich. 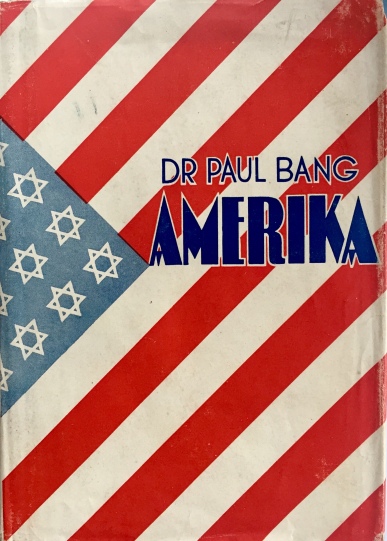 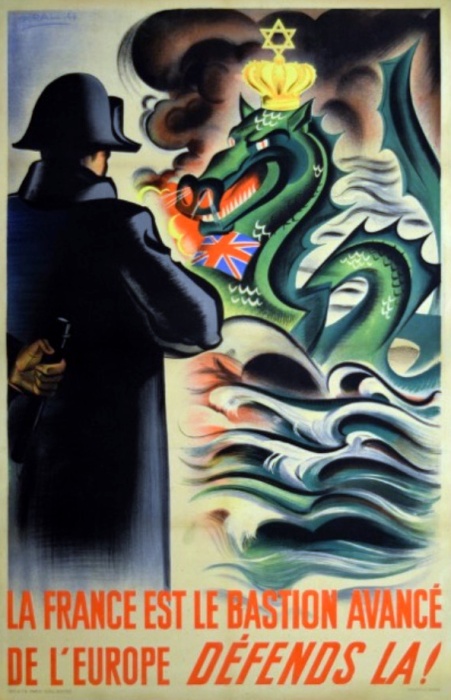 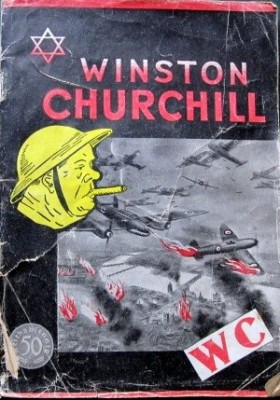 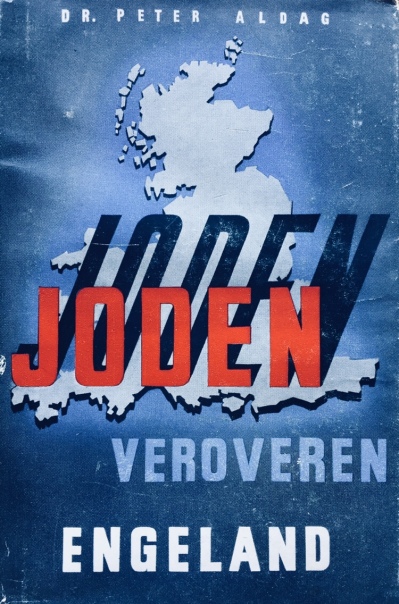 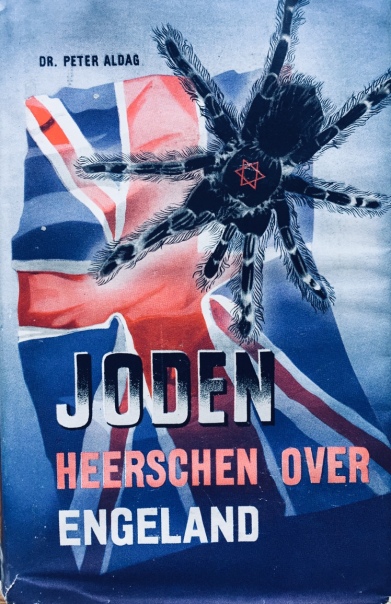 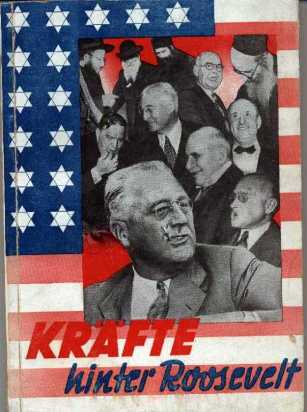 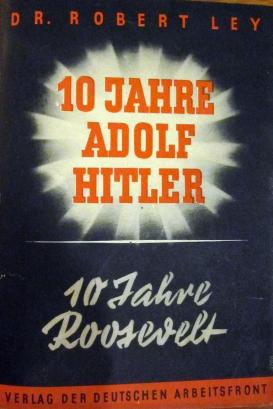 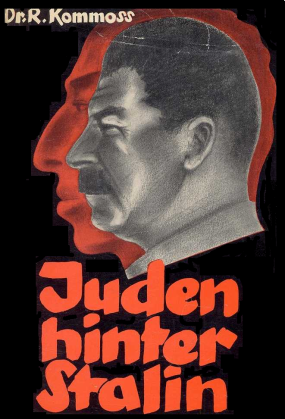 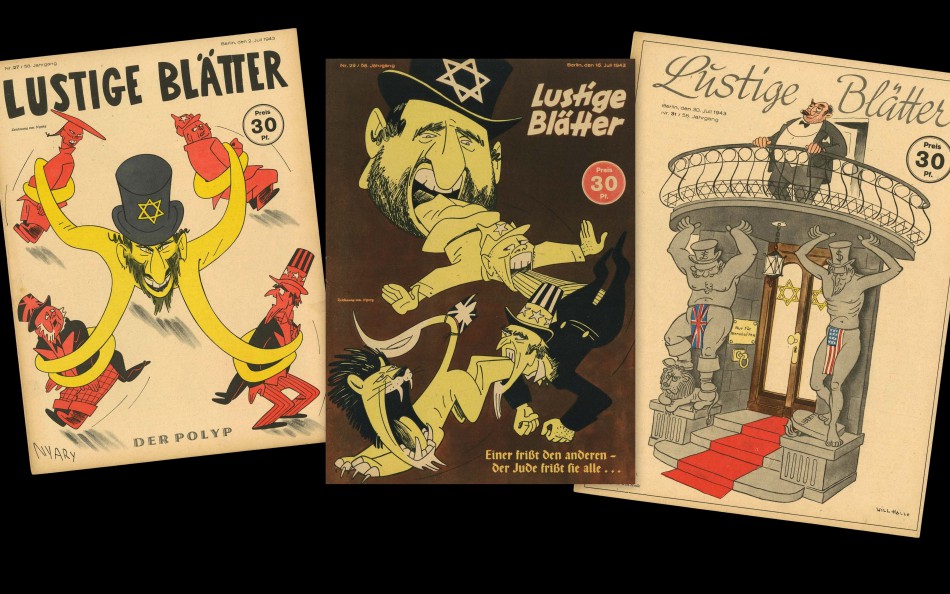 The Jewish Question in Switzerland would be resolved once Switzerland became part of the Reich: 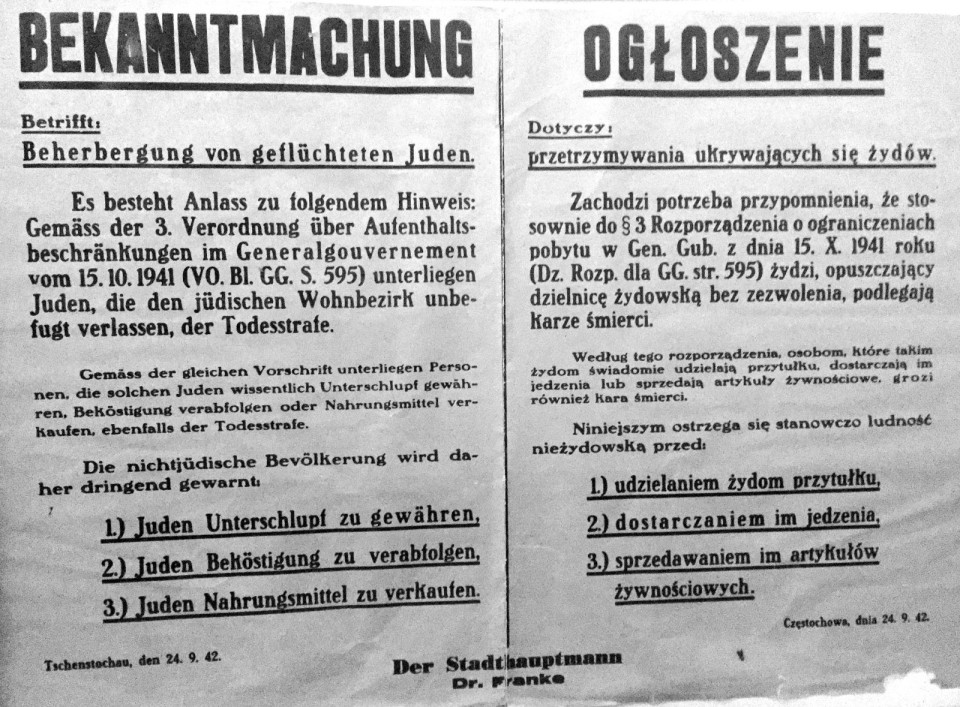 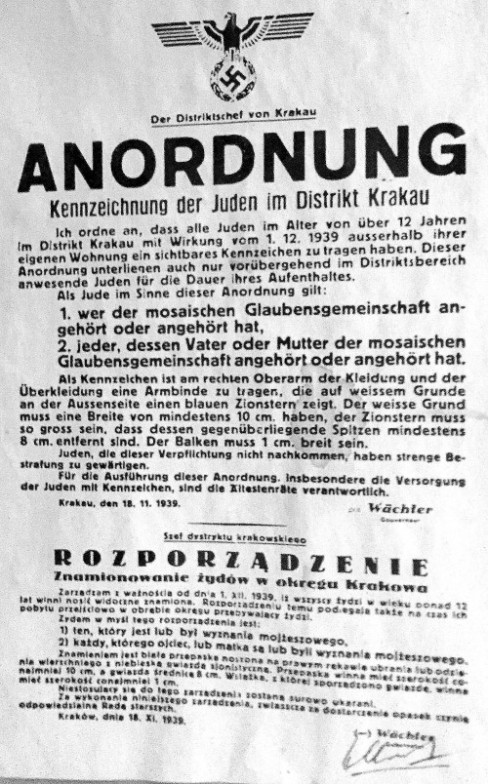 Independent State of Croatia – STATE TREASURY – Department of State Property, Religion, and Debt – The Office of Nationalized Property…  has nationalized without compensation, for the benefit of the Independent Croatian State, the property described below owned by the Jews: (CLICK!) 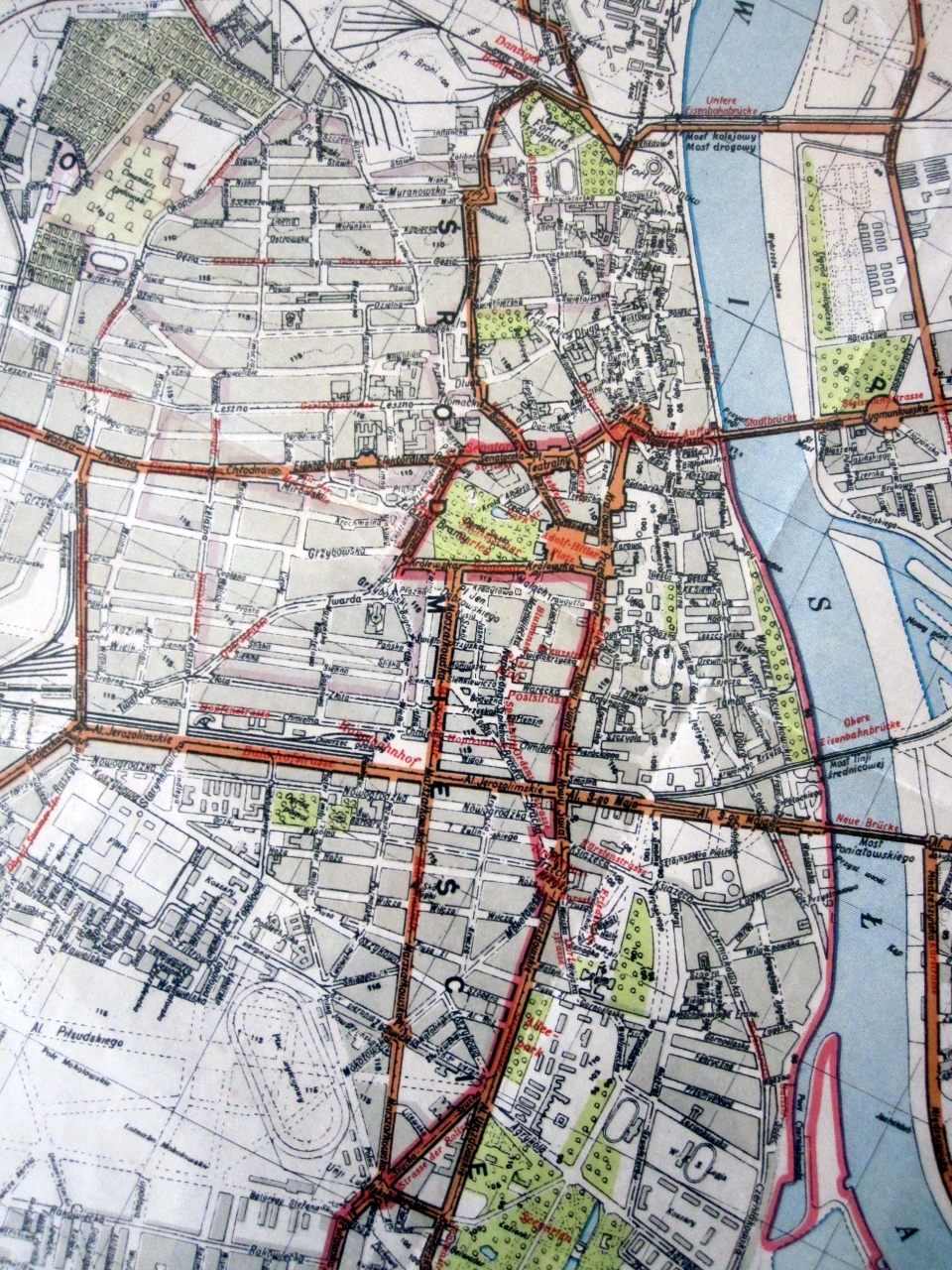 The Lodz Ghetto was intended to be temporary, so its boundaries were not shown on maps: 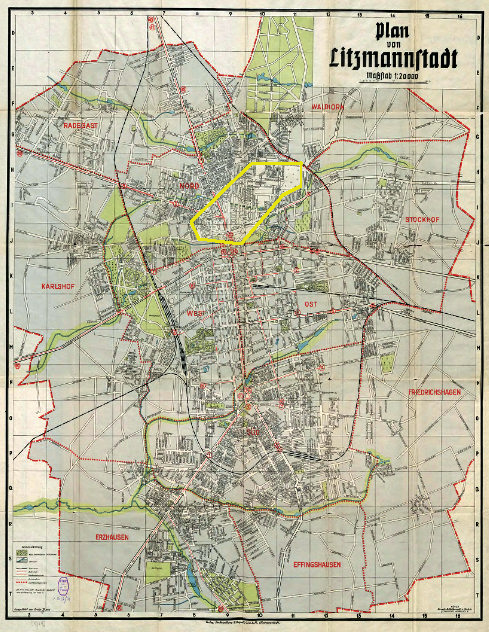 This remarkable brochure is one of the few surviving government publications that refers directly to the extermination of the Jews:

Last sentences: ‘Often the Reich has become the savior of Europe against the waves of destruction from the East. And more than ever before, Germany looks with confidence and gratitude to the Führer for the destruction of the eternal Jewish enemy, which crowns his work and gives it life.’

Antisemitism featured prominently in government statements until the end of the War.  Goebbels’ last published article on the Jews (The Authors of the World’s Misfortunes) continues to blame them for Europe’s unfolding catastrophe: